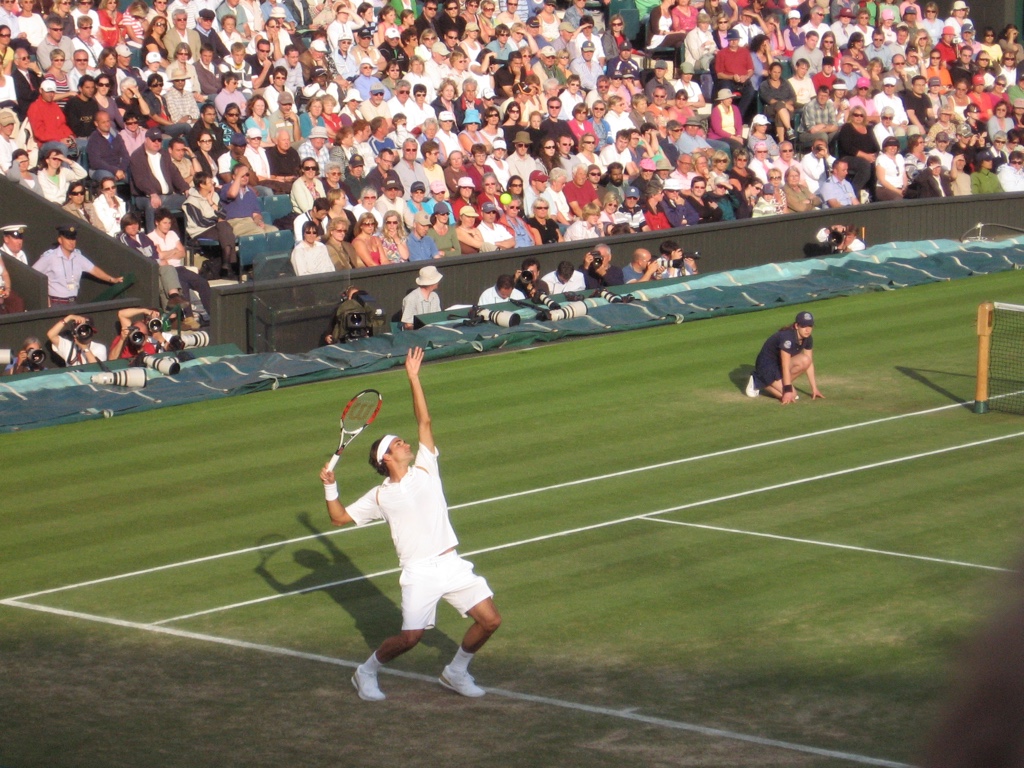 Find and use what works best for you

This summer while teaching in Italy, I had the great pleasure of working with Vejdi Ural from Istanbul, Turkey. Vejdi, like so many players who are very passionate about tennis and improving their games, had just spent two weeks in London watching Wimbledon. More than any other part of his game he sought to improve his serve (smart!) and when we started it was apparent that Vejdi was combining visual images of many of the great players he’d just watched. It was also apparent that this “gulash” serve as we would come to call it wasn’t the right one for Vejdi because there were just too many ingredients.

First off, he was trying a foot up or pinpoint stance but the back foot was swinging so wide that not only was he foot faulting, he was virtually facing the net before he even started to swing. After various, unsuccessful attempts at revamping this kind of footwork I had Vejdi lessen the distance between his feet to start and then use a platform stance. His balance and sustained rotation were instantly better.

Next up was the toss that was so high it was destroying his ability to have flow and continuity. We brought the toss down to the vicinity of 6 inches above where he would wind up striking the ball and I would encourage him to hit it before it could drop from the apex of the toss.

To enhance the distance his racquet would drop before the upward swing we worked on windmills, gravity drops and some simple but effective imagery. Once this improved, he now had a more vertical path to his contact point which was more consistent because of the improved toss and the incentive to hit the ball before it dropped.

The result was a much simpler, smoother service model that had Vejdi beaming as he hit one beautiful serve after another. Seriously, the difference was night and day.

The point here is that we should all watch the best players because they excite us and inspire us to play better tennis. But beware of trying to integrate some part of a pros stroke that only complicates or undermines what ultimately works for you. It’s okay to experiment, but after a while, unless it’s truly making a positive difference, be realistic about what works best for you and go with whatever that is.