"Scott is a master of the game of tennis."--Bob 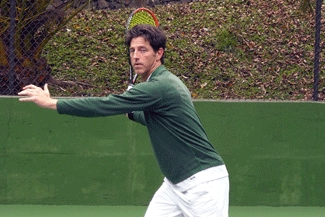 “If you are looking for a tennis instructor, I highly recommend Scott Murphy, my teacher for the past several years. Scott is a master of the game of tennis and an outstanding teacher for students of all levels and ages. He has years of competitive experience, and he is a long-time passionate student of the game.

His knowledge of technique and strategy are superb. As a teacher, he is patient, always upbeat and encouraging, and wise. He will help you to discover your own keys to mastery. He is also a kind and supportive person, with very helpful insights for the mental aspects of the game. If you want to learn the game or simply improve, a few lessons with Scott is a great place to start!”

“The most committed and devoted tennis teacher you may ever meet.” --Yahvey 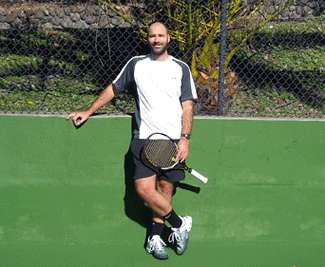 “I have played tennis in many countries throughout the world, but I can say that nobody I have met has the combination of enthusiasm, knowledge and commitment to excellence to tennis more than Scott Murphy.

Whether you are a beginner who is looking to get introduced to this great game, or a seasoned player who wants to polish their tennis strokes, I can heartily recommend Scott to you as the most committed and devoted tennis teacher you may ever meet.”

“Scott helped me in my desire to become a real tennis player.” --Marco 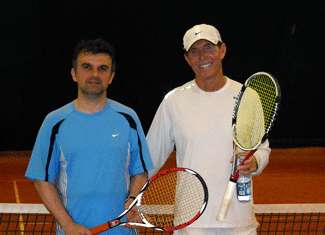 “To really explain how much Scott Murphy helped me in my desire to become a real tennis player, how much he has been important in changing myself into something better……..it will take a book. So I will use a sequence of sentences, and each of them is very well founded and proved.

“His method is so much better than anybody else.” --Mike 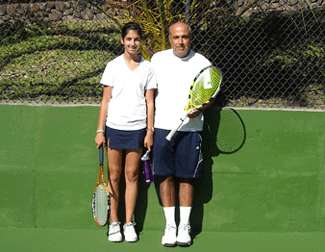 "I started playing tennis and taking lessons with Scott five years ago at the age of 54. I had never played the game before so It was very difficult to get the hang of things, but with Scott’s knowledge and experience and the love of the game I have become a very good player. I owe all of that to him because his method of teaching is so much better than anybody else. Thank you Scott.” --Mike

“I’ve taken lessons with Scott since 4th grade, so 6 years now. The great thing about him is that no matter what problem you come to him with, he always knows the right way to fix it and won’t give up until you have it down, no matter how long it takes you. He’s helped me make the varsity team at University High School and have an almost undefeated record of 19-1, and without him really it wouldn’t have been possible.” --Layla

“Scott has made a HUGE difference in my game.” --John 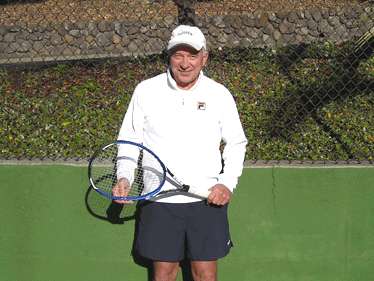 “Scott has made a HUGE difference in my game, greatly increasing the consistency and depth of my ground strokes and totally reworking my service motion. He’s great at communicating, in simple and easy-to-understand terms, the proper fundamentals and then getting you to execute them correctly in short order. He’s also very enjoyable to work with.” 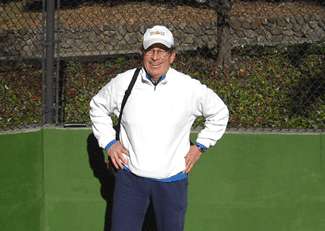 “As Scott’s oldest client – by both age and tenure – I can only say that I feel fortunate to have had the luxury of being the beneficiary of the knowledge of a tennis professional who is both passionate about his sport and possesses the unique ability to communicate that passion to his students.”

“Scott consistently helped me raise the level of my game.” --Louani 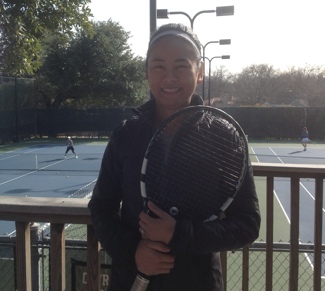 “I’ve had the good fortune to spend many hours on the tennis court with Scott, both playing and teaching, and off (he is my brother-in-law). Scott consistently helped me raise the level of my game when I was a nationally-ranked junior tennis player and a singles and doubles starter for a Division I tennis program. Scott’s deep knowledge of the sport, coupled with his competitive play, ensured that every hitting session with him would, and did, improve my skills and keep me match tough. His passion for and dedication to the game are unmatched; simply put, Scott is not only an excellent teacher, but also a lifelong student of the sport. I can always count on him, with his network of tennis professionals and enthusiasts, to give me the best information on developments in the tennis world — from gear, to strokes, to strategy.”

“I can honestly say that I have never enjoyed the game of tennis more than I do now after having worked with Scott.” --Bob 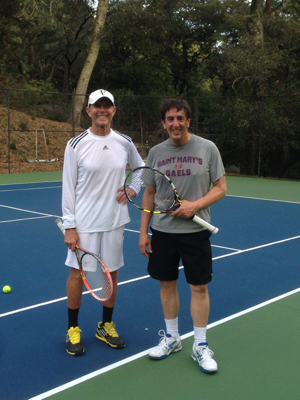 “I began working with Scott when I moved to San Rafael in 2009. He has helped me immensely in all aspects of my game. While I have been a frustrated player over the years, Scott’s combination of encouragement, focus and emphasis on proper technique have brought me to a far deeper appreciation of the game than I’ve ever had. He is a consumate student of the game and seems to continually improve his own understanding of the best way to develop a player. He often brings new ideas that he’s learning to the teaching court and I enjoy the occasional experimentation. I can honestly say that I have never enjoyed the game of tennis more than I do now after having worked with Scott.”